The Joys of Creating in Obscurity

I saw an amazing lecture at the last PAX. I mentioned it in the blog before, but I’ve been meaning to post a link to it forever. The lecture was called “The Joys of Creating in Obscurity” by Kevin Saunders. The lecture I saw is on Youtube. I even ask a question about 40 minutes in. Here it is: 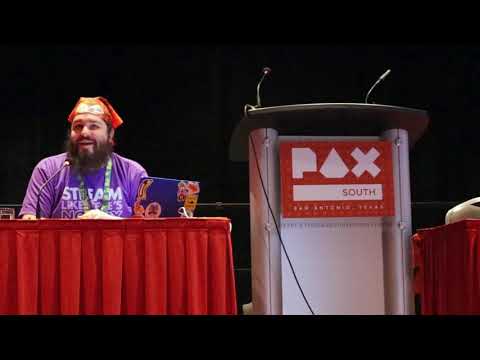 I recommend this to anyone who is working on a public artistic project. This was really good for helping me analyze why I do what I’m doing.

I don’t quite follow his approach, which seems to be to move from project to project. I’m closing in on 1,000 hours that I’ve put into this webcomic in some form, and I’m about 20% of the way to my most modest idea of a final goal.

In a way, though, I’ve followed Saunder’s advice to “be a bard”, which is about the generalist character class from D&D. With this comic, I am:

My point isn’t that I’m awesome. Several of these people I am suck at their jobs. I’m saying that this one project contains multitudes. I’m still a Bard, just an OCD Bard who keeps doing the same damn adventure over and over.